The Domesday Book entries for Essex compiled following the Norman conquest list the manor of Phingaria (Fingrith) with its eight smallholdings, six villagers and 1,000 pigs.  The location is still recognisable — Fingrith Hall and its associated farm remain within the parish boundary but while the population has boomed to over 3,000, pigs are currently well down in number.  After the Roman Empire’s forces retreated from these shores around 400AD, a long line of Kings of Essex held sway locally before giving way to Saxon and then Norman rule.

In the Middle Ages, the name Blackmore came into use almost certainly derived from ‘black marsh’ in reference to the darkness of the soil in low-lying fields around the source of the Wid river.

Blackmore’s tiny village only began to expand with the 12th century foundation of an Augustine Priory that thrived until King Henry VIII’s forced the dissolution of all monasteries from 1520 onwards.  Remnants of the priory are still with us, none more so than the beautiful church of St. Laurence and its magnificent oaken bell tower dating from 1400.   Ironically, the King who wrought destruction of Blackmore’s priory cloisters and hospice had previously been a frequent visitor.  He would journey in secret to stay at Little Jericho, a house within the priory grounds that he used for clandestine trysts, well away from his palaces …and wives.  It led to the expression ‘Gone to Jericho’ being used as code for his adulterous absences from court.  He also arranged for his favourite mistress Elizabeth Blount to stay at Little Jericho .  It was there that she gave birth to their son, also called Henry.   Although baby Henry was illegitimate, the King acknowledged him to be both his natural son — and heir to the throne, giving him the title Henry Fitzroy, Duke of Richmond and Somerset.

In 1533 at the age of 15, young Henry was married to the Duke of Norfolk’s daughter, Lady Mary Howard,  herself just 14.  The marriage was seen as a way of securing the future of the Tudor dynasty and perpetuating the King’s male lineage. It was not to be and the whole course of English history changed accordingly when, having just turned 17 years of age, Henry Fitzroy fell ill from consumption and died.   Blackmore was the birthplace and nursery for a boy who would have been a king, and a King of England at that. 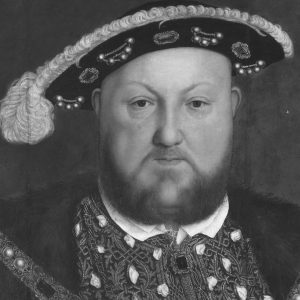 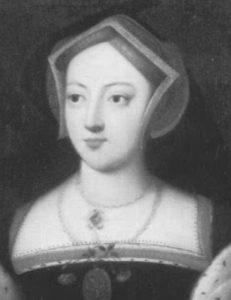 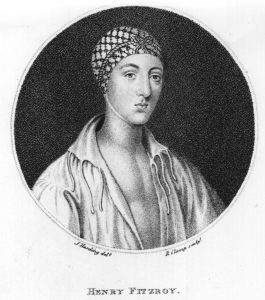 There were three substantial manor holdings mentioned in historic references to the parish and these are mirrored somewhat in its present form.  The parish core was customarily at Blackmore, centred on the church,  with tiny satellite hamlets scattered manly to the south, notably Hook End and Wyatts Green.  This was still the case in 1894, the year the Vestry form of governance, essentially a system dominated by each area’s parish clergy and major property owners, was abolished.  This  made way for civil parishes with elected members drawn from the wider community with church and state functions officially separated.  In the late 20th Century, the settlements of Hook End and Wyatts Green, grew substantially and by 2021 had a combined population double that of Blackmore village.  The change in demographics was duly recognised by incorporating the two newly expanded areas as equal partners in the parish council.   Making up the remainder of the roughly 3,000 residents are the households found at Swallows Cross, Hay Green, Tipps Cross, Fingrith and other isolated outposts.

Over time the parish has been shunted around under different higher authorities, often to a bewildering extent.  Leaving aside the pre-Domesday changes of regional power, the parish was first included within the jurisdiction of Chafford Hundred before being switched to the Chelmsford Hundred.  As the Hundred system of governance declined it became just another small parish within the shire of Essex.  The complexities of ecclesiastic oversight of the parish since Christianity’s introduction is a topic beyond this website’s scope.  Suffice to note it is presently in the Diocese of Chelmsford, under, in descending order, the auspices of the Bishop of Barking, the Archdeacon of Harlow and the Dean of Epping and Ongar.  In parliamentary terms, representation until 1832 was through one of the two members elected for Essex.  As the County’s constituency divisions increased, we were first allotted to South Essex and then from 1868 to West Essex.  Through several shifts of boundaries we managed to remain in the Chelmsford constituency from 1885 right up to 1955 when transferred to that of Chigwell.  Far ranging local and national government re-organisations of the 1970s saw the creation of the Brentwood and Ongar parliamentary seat in 1974 and at same time district council control was switched from Epping and Ongar Rural District to that of the enlarged borough of Brentwood.  The transfer of authority from rural district to Brentwood was strongly resisted by many parishioners as the level of service provided and subsequent increase in rates (now council tax) was seen as disadvantaging rural communities while subsidising the town areas.  Ours is one of the nine rural parish councils that still carry out independent civic functions within the borough of Brentwood.  The others are Stondon Massey, Doddinghurst, Kelvedon Hatch, Navestock, Ingatestone & Fryerning, Ingrave & Herongate, Mountnessing and West Horndon.  While the nine parishes cover the greater area of land within the borough, the townships of Brentwood, Warley and Shenfield account for the bulk of the population.   Two borough councillors represent the Tipps Cr0ss Ward — our parish combined with Stondon Massey — and a single Essex County Councillor for the extensive Brentwood Rural district represents us at County Hall.