Hundreds of British motorcycle enthusiasts gathered at The Green on Sunday morning for their 25th national outdoor exhibition — and take part in a poignant memorial service for one of Blackmore’s great characters, Peter Wood. 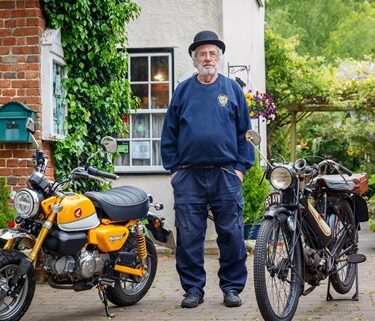 Peter, who died in 2020, had been involved in the organisation of the event since its inception in 1965.  Due to the Covid Pandemic, this was the first opportunity the British Motorcycle Owners Club and their supporters had to pay public tribute. The Rev. Sam Brazier-Gibbs, vicar of St Laurence Priory Church, Blackmore, led the open-air memorial on The Green…just a few yards from Peter’s home at Jericho Cottage where his wife Judi Wood runs Megarry’s Tea Room and gift shop.

Rev. Brazier-Gibbs told how Peter was a true native of Blackmore, born in the village in 1935 and living in the Parish all his life, apart from a national service spell in the military as a motorcycle dispatch rider. Bikers and spectators who joined the ‘congregation’ on The Green, learned of Peter’s genius-level skills as a mechanic with a reputation of being able to fix anything.   The short service included two minutes of silence and ended  with three rousing cheers for a ‘jolly good fellow‘.

The waterfowl on the village ponds took second place of interest at The Green for once when upstaged by the classic motorcycles on display during the morning.

The following photos capture the colourful scene as Blackmore played host to owners and supporters of  British-made motorbikes. 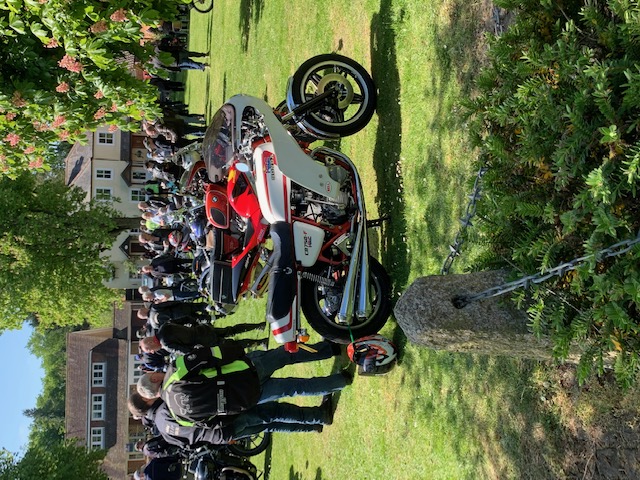 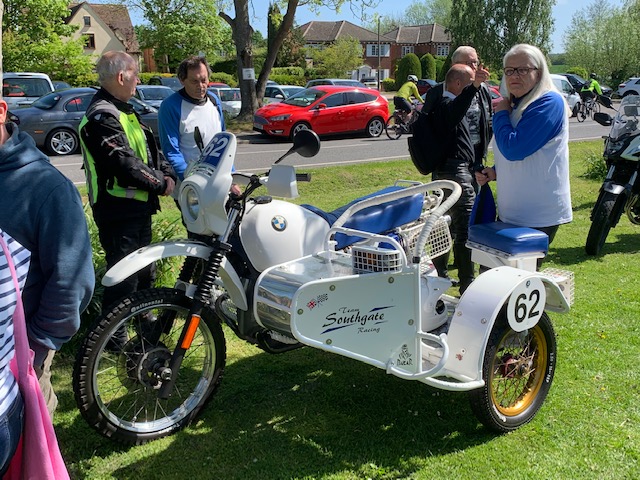 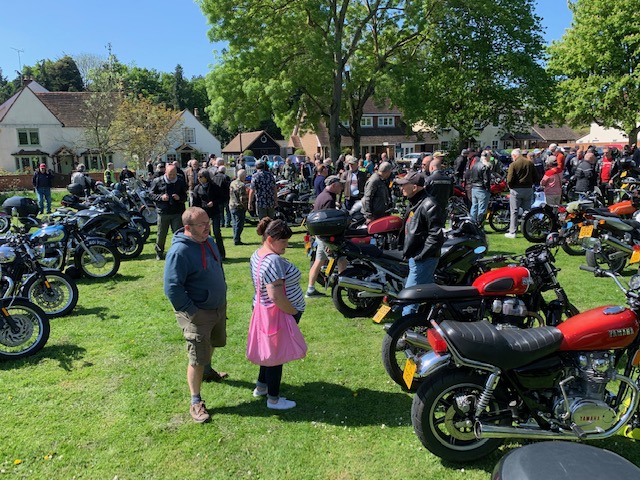 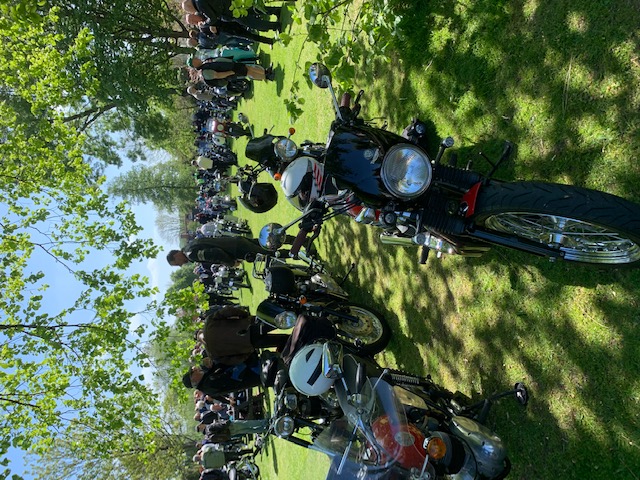 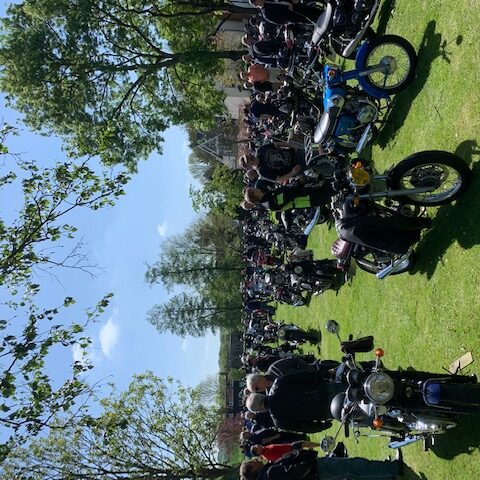